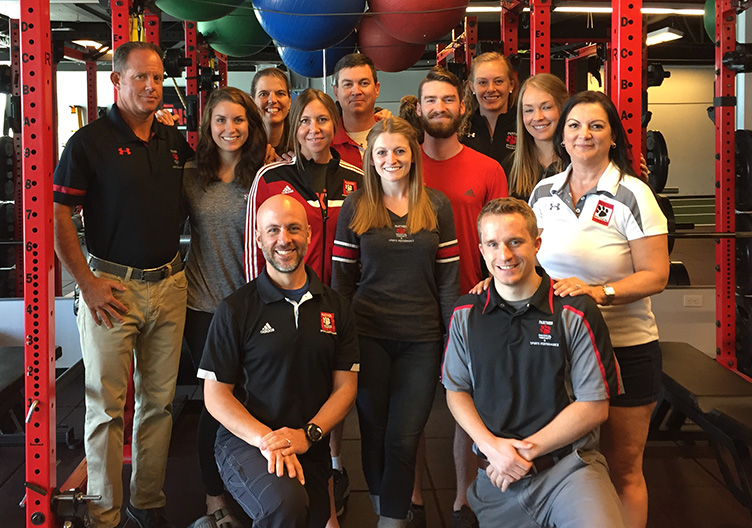 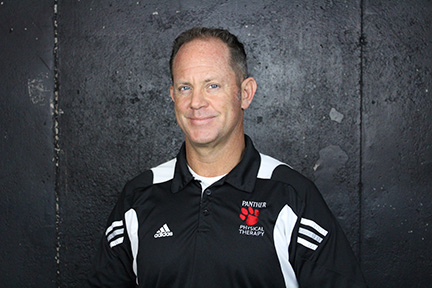 Luke was born in the high mountain town of Leadville, CO and grew up in Carbondale located in the beautiful Roaring Fork Valley on Colorado’s western slope. He attended Colorado State University in Ft. Collins on full scholarship and graduated with a Bachelor’s degree in Exercise & Sport Science with a Sports Medicine concentration. Luke earned his Master’s in Physical Therapy at the University of Miami in Coral Gables, Florida in 1998. His first job out of PT school involved working closely with world-renowned orthopedic surgeon to the superstars: Dr. James Andrews; and the country’s most respected shoulder and knee physical therapist: Kevin Wilk. Luke started practicing in Littleton around 2001 and founded Panther Physical Therapy in 2006. The state of the art sports performance addition was completed in the fall of 2013. Luke has a passion for working with young athletes and certainly enjoys working with any individual whom is willing to take an active role in overcoming their injury or improving their performance. He has worked with professional athletes from just about every major sport. Luke played football, baseball and wrestled in high school and loved playing collegiate and men’s club rugby into his late 20’s. He has since traded his rugby boots in for golf clubs. His favorite job is spending time with his daughter Skyler and son Murphy. Luke is an Athlete’s Performance Level 2 mentor, a certified Functional Movement Screen specialist, a member of the American Physical Therapy Association’s orthopedic section, sports section and private practice section. He is also a member of the National Strength and Conditioning Association and Titleist Golf Performance Institute certified. Luke’s idol is his father Pat, an incredibly perseverant and compassionate human being with a fantastic moral compass and an ornery sense of humor.  Unfortunately, Pat lost his battle with Multiple Sclerosis last year. Rest in peace Pat. 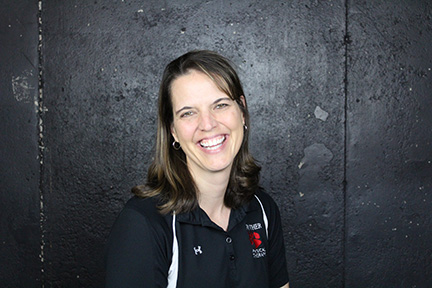 Chris is a Chicago native who moved to Colorado in 1987 to attend the University of Northern Colorado. Chris earned her BA in Kinesiology, with an emphasis in Athletic Training and a minor in Biology from UNC in 1991. She moved “home” to complete her MS Ed degree, with an emphasis in Sport Management at Northern Illinois University while also completing a graduate assistantship in Athletic Training in 1993. After graduate school, Chris worked for an orthopedic surgeon in Northern Illinois as a staff ATC and provided outreach to a local high school. Missing Colorado, Chris moved back in 1994, married her best friend and started working in an outpatient physical therapy clinic in Evergreen Colorado, again providing outreach to the local high school. Chris spent 7 years as the Head Athletic Trainer at Chatfield High School, 4 years as the Jefferson County Clinical Director overseeing 19 high school programs and 4 years as a clinical staff member for a Doctor of Osteopathy. In 2007, Chris joined Panther Physical Therapy as a clinical staff member and has played a very integral role in building Panther into what it is today. Chris loves athletics, reading, and cooking. In her free time, she also “works” at her other full time job, as wife and mother of two beautiful kids. Chris loves watching her kids’ sports and spending time staying active with her family. Chris has a passion for helping people, focusing on the whole person and getting them back to healthy. Her strengths include assessing musculoskeletal injuries, mechanical dysfunction, manual therapy, acute and chronic pain treatment, rehabilitation and developing home exercise programs. 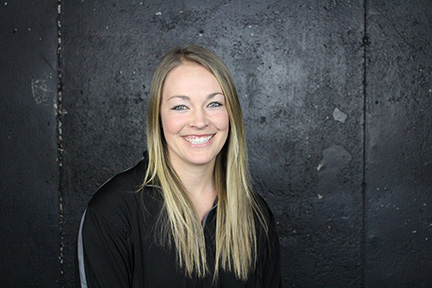 Nicole is a Southern California native who grew up spending the majority of her time balancing academics and playing competitive soccer. Having been a patient and athlete herself, she fell in love with the physical therapy profession at an early age from her numerous injuries and time spent in the clinic. Nicole’s passion for physical therapy and drive to experience new cultures led her to North Carolina where she studied Health and Exercise Science at Wake Forest University. Here, she refined her passion for integrating the study of the human body with athletics. For her honors thesis, she published an article on the biomechanics of runners as they age. Nicole then received her Doctorate of Physical Therapy from University of Colorado Anschutz Medical Campus in 2016. Nicole believes in a patient-centered, team-based approach to care. She enjoys using her love and knowledge of soccer to help athletes return to the games they love. She plans to further her manual therapy and sport specific exercise progression skills through continuing education courses. In her free time, Nicole enjoys taking advantage of all that Colorado has to offer. You will often find her skiing, running, boating, or simply relaxing in the outdoors. 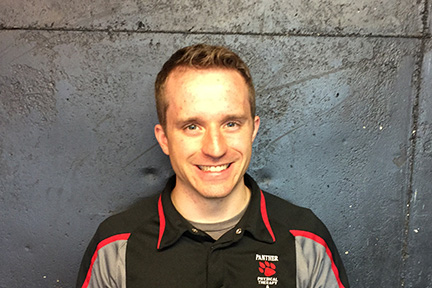 Tim is a Colorado native growing up in Colorado Springs. He attended Colorado State University in Fort Collins majoring in Health and Exercise Science with a concentration in Sports Medicine. He then attended the University of Colorado’s Physical Therapy program graduating with a Doctorate of Physical Therapy in spring of 2016. Throughout his time along the front range he adopted a very active lifestyle running, hiking and playing whatever sports he has the chance to. He cultivated a love for physical therapy because of his active lifestyle and knowing how hard it is to not be able to participate in these things. He appreciates to opportunity to help people be able to do what they love in a pain-free manner. 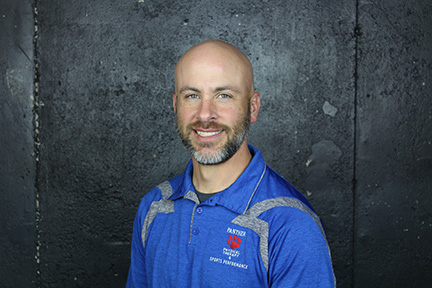 Stu began his Physical Therapy journey as a patient after repeated ankle sprains plagued him throughout soccer. His admiration for those that helped him along with his love for human anatomy and movement eventually led him to the PT profession. He graduated from Colorado State University with a BS in Exercise Sport Science, emphasis on Sports Medicine, and Human Anatomy, Neurobiology. He went on to earn his Masters of Science in Physical Therapy from Regis University in Denver, CO. Stu began his PT career on the Big Island of Hawaii where he worked with all levels of athletes and orthopedic patients. He eventually moved to Steamboat Springs, CO where he progressed his specialty of working with endurance and power athletes. He continued performing high-end gait and running analysis, as well as developing a medical bike fit program. Stuart then started and owned Champion Sports Medicine and Physical Therapy clinic in Denver, CO. Champion specialized in sport-specific analysis and treatment that utilized a biomechanical, manual and functional medicine approach to problem solving. After selling Champion, he worked as the Director of PT for an Orthotic company. Later on, he became the Director of Physical Therapy for Panorama Orthopedic Surgery Center in Golden, CO. Stuart is now a proud Physical Therapist for Panther Physical Therapy. He believes that Panther has a great team and they treat the best way possible for all patients and athletes. There is no better feeling than helping someone and serving others. Stuart has consulted for USA Triathlon, was the lead PT for the Colorado Ballet, and has gained a respectful reputation as a running and cycling expert. He is currently an affiliate faculty member for Regis University and is assisting with a research study on running. He is also one of the lead presenters for Rock Tape. He has presented on many topics including taping, skiing, running, cycling, functional medicine, exercise as medicine, injury prevention, custom orthotics, and ergonomics. Stu enjoys being active outside with running, biking, hiking and snowboarding as well as playing on sports teams such as ice hockey and soccer. His favorite thing to do is be with his amazing wife and their two awesome children. 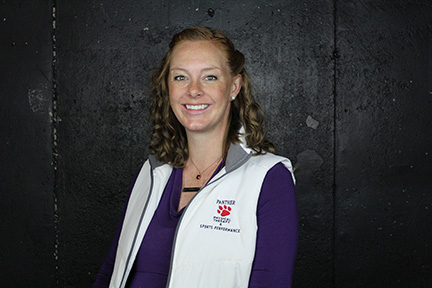 Alissa joined the Panther team in the Spring of 2013. She is a home-grown Coloradoan and has been a sports enthusiast and outdoor adventurer her entire life. She double majored in Athletic Training and Kinesiology at Colorado Mesa University. With a combination of numerous injuries and her passion of helping others, she decided to pursue her dream of becoming a Physical Therapist. She recently married the love of her life, Drew, and graduated from the University of Colorado- Anschutz Medical Campus with her Doctorate of Physical Therapy in 2012. Alissa is an active member of the American Physical Therapy Association as well as the National Athletic Trainers Association. She has a passion for rehabilitating athletes of all levels and helping them return to the top of their game. She plans to further develop her manual and treatment skills to enhance the quality of care being provided through continuing education courses and certifications. Alissa’s hobbies include volleyball, tennis, community service, hiking, and hanging out with her wonderful friends and family. 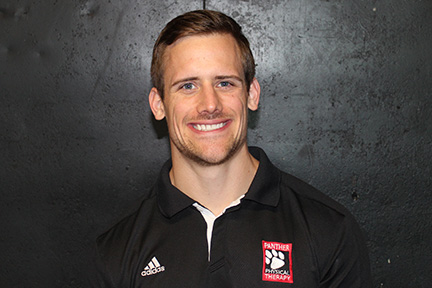 Brett is a Colorado native born and raised in Highlands Ranch Colorado. He attended Regis Jesuit High School in Aurora Colorado and Fort Lewis College in beautiful Durango Colorado. Brett Graduated from Fort Lewis College in 2015 with a bachelors degree in exercise physiology. Brett then earned his doctorate in physical therapy from Regis University In 2018. Brett is passionate about fitness and athletics. He played football in both high school and college and is a certified strength and conditioning specialist. Brett believes in applying the Jesuit values of “Magis” (More) and “Cura Personalis” (care for the whole person) into his physical therapy practice. He believes in doing the most he can for each person that walks through the door, providing care for the whole person, and treating them as an individual with treatment specific to them. These values and his history in fitness and athletics are the foundation of Brett’s passion for physical therapy. In his free time Brett enjoys weight training, snowboarding, and spending time with his parents and 2 younger brothers. 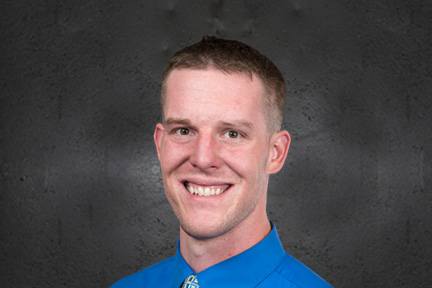 Zach is originally from upstate New York and grew up playing just about any sport he could. He went to NASCAR Technical Institute after high school but quickly realized that he wanted to do something else in life. He ended up at Cortland College in New York where he studied exercise science and graduated in 2014. After a deployment with the Air Force he started physical therapy school in 2015 and graduated from Regis University in 2018. Zach is very interested in all aspects of athletics and enjoys working with everyone from recreational to professional and anyone in between. His treatment approach focuses on addressing the whole person and figuring out the root of the problem. He is a Certified Strength and Conditioning Specialist and continues to increase his knowledge through continuing education courses and seeking mentorship. Outside of physical therapy Zach enjoys working out, hiking, mountain biking, and skiing. 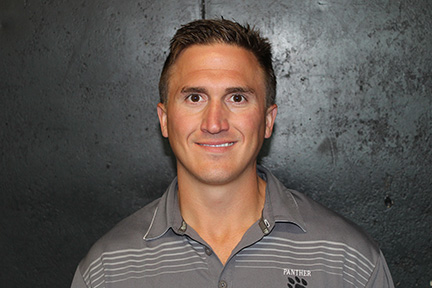 After grad school, Mark moved out to Phoenix, AZ where he completed an intensive internship with EXOS, an elite athlete-focused training center. Following the internship, he was hired on full-time with concentration on running semi-private and group training in a corporate setting. After two gratifying years in AZ, Mark received a unique career opportunity to run a Fortune 50 company’s state of the art fitness center in Chicago, IL. During that time, he helped implement world-class member experience while helping to develop the performance coaching team with particular emphasis on continued education and practical application. Fours years later Mark moved out to Colorado Springs, CO to help launch and grow an adult and youth sports performance program. Most recently he spent a year in New York City in adidas’ largest global retail space serving as Performance Manager of a performance coaching team dedicated to providing innovative training and education techniques for both consumers and adidas’ employees. Regardless of the environment and demographic, Mark’s mission remains focused on helping others improve their lives.

Outside of work, Mark enjoys spending time with his nephews and niece and leads a very active lifestyle, a driving force behind his relocation back to CO! 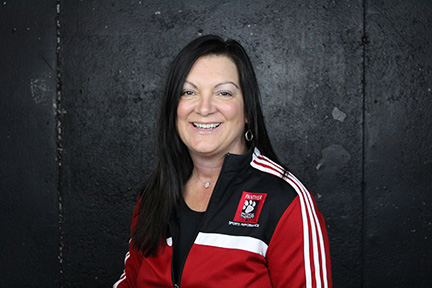 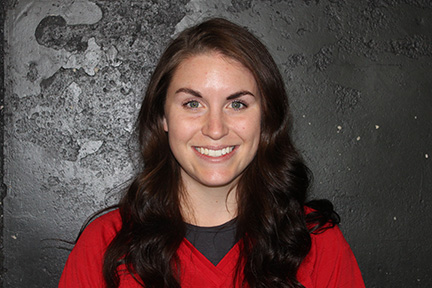 Schedule an Appointment or Class 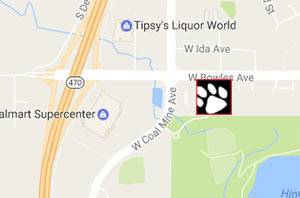